Another news in 2020 for the Ercolina world: we are pleased to introduce you the TB80-A CNC Mandrel Bender machine!

“For Ercolina the customer is always at the first priority: we design and realize solutions specifically for our customers’ needs”.

We have the pleasure to introduce to you the new Ercolina CNC machine, the new

The TB80-A CNC Mandrel Bender of the Ercolina brand is an extraordinary machine of its kind, because through the TCPlus control, it allows the user to store unlimited programs of 30 bends each.

Born in July 2020, Ercolina’s TB80-A CNC Mandrel Bender Machine is an extraordinary machine, with the absolute power of the TB80 (built in 2018) but with the great ability to bend very large tubes in narrow radii of the TB80-A NC.

Differently from the TB80-A NC, the CNC Mandrel Bender is equipped with a numerical control that makes the machine fully automatic.

A great success for the Ercolina Bender line! 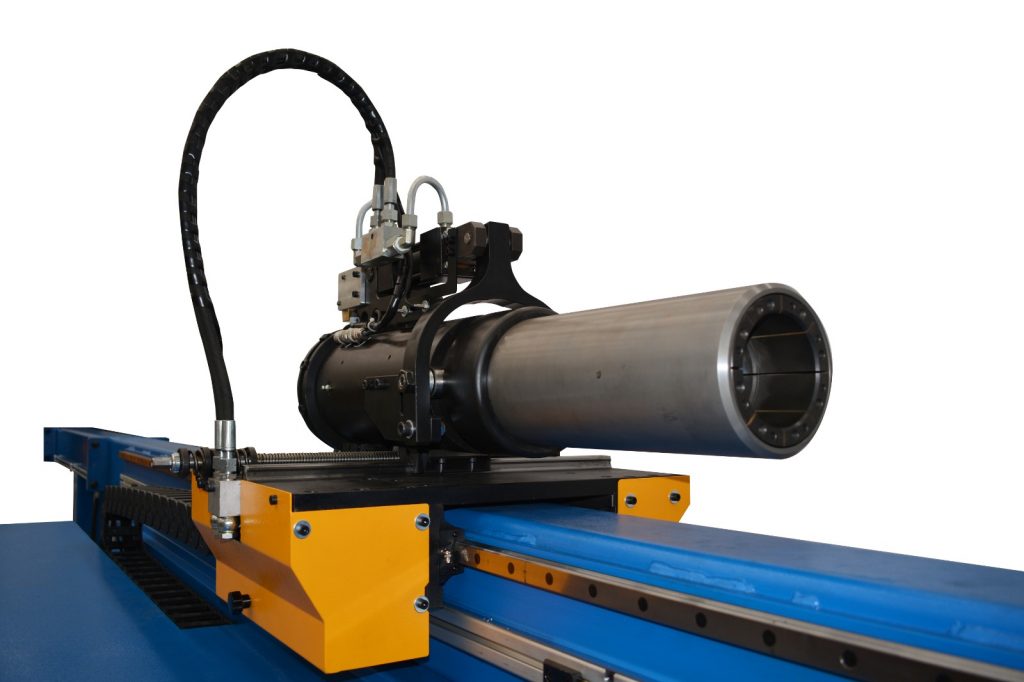 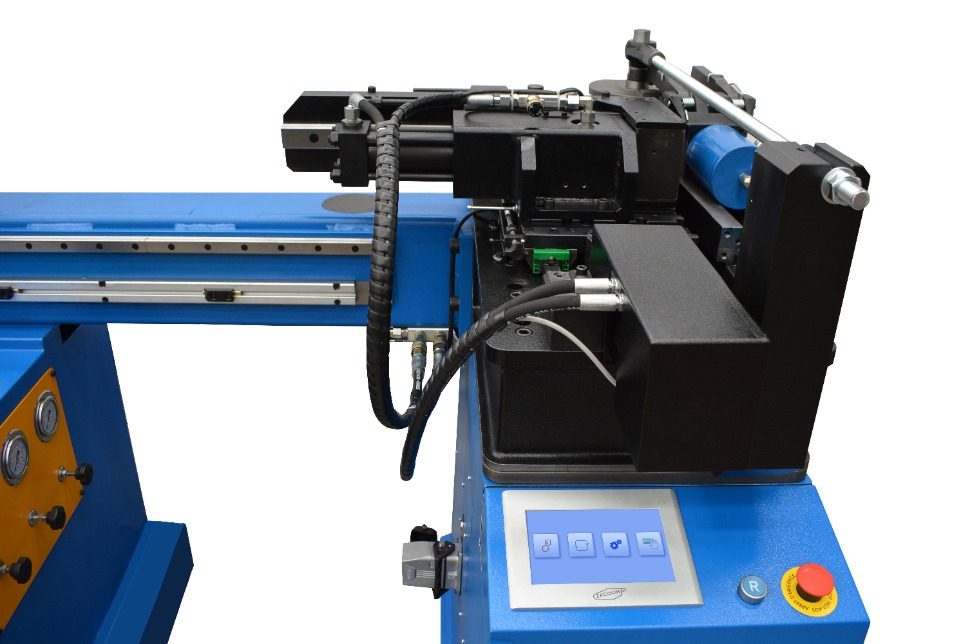 But let’s see in detail the advantages of this machine:

As for all Mandrel Bender machines, it is possible to extend the length of the mandrel table in modular units of 2m each. The picture below, for example, shows the standard mandrel table of 4m and an addition of 2m, for a total length of 6m!

As already explained, the TB80-A CNC is a fully automatic machine. A nice step forward from the previous version, not fully automatic. The real difference is in fact in the control: also the TB80-A CNC Mandrel Bender is equipped with TCPlus control, a sensational control already in use on our Topbender line. With the TCPlus control it will be possible to program every detail of the curvature you want to realize: once programmed, just push “start” and the machine will do the rest. 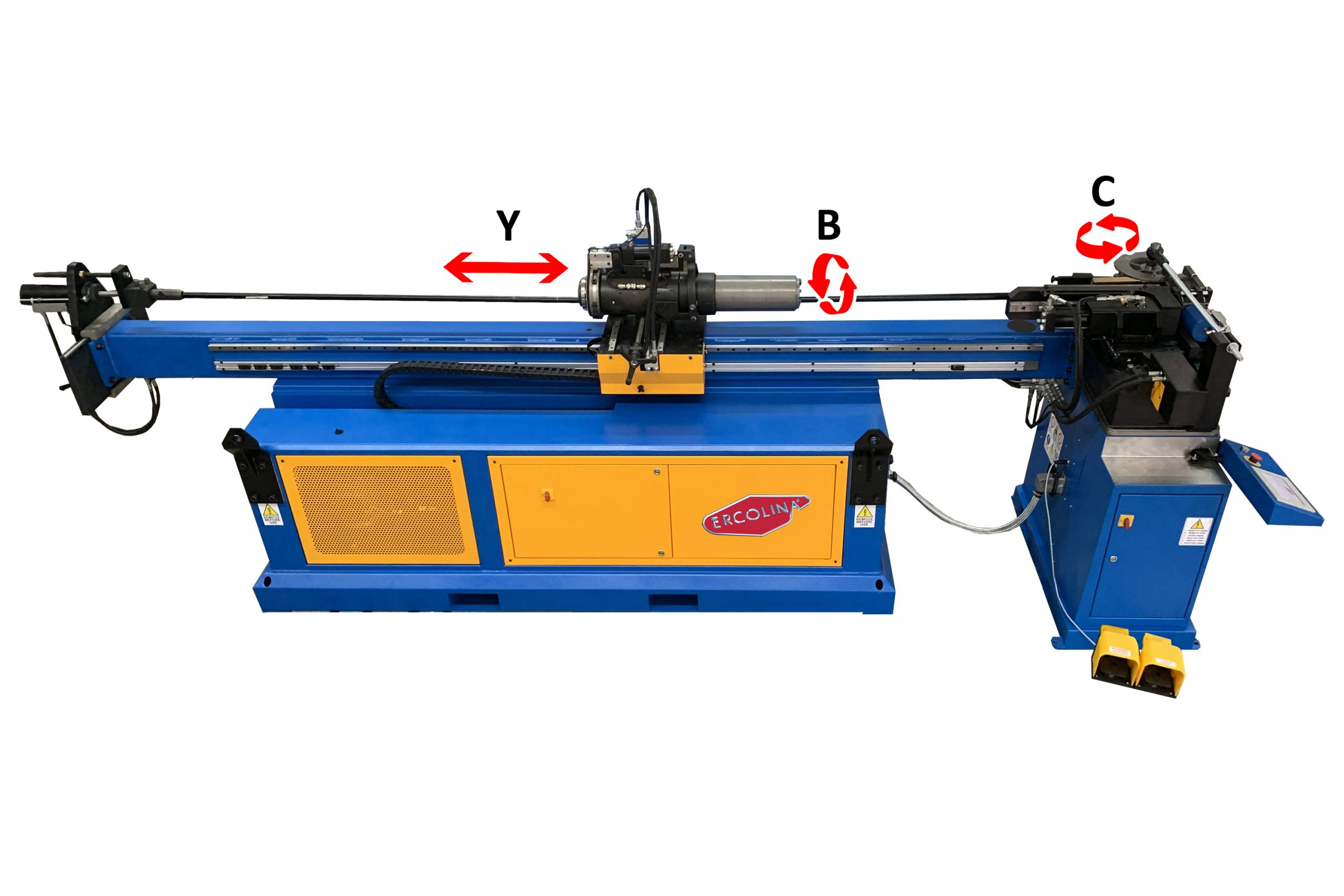 In the end, the TB80-A CNC Mandrel Bender machine of the Ercolina brand is sensational: fast and precise, it allows you to make incredible bends! Moreover, thanks to the TCPlus control, it allows the user to memorize unlimited programs!

Watch the video at this LINK! 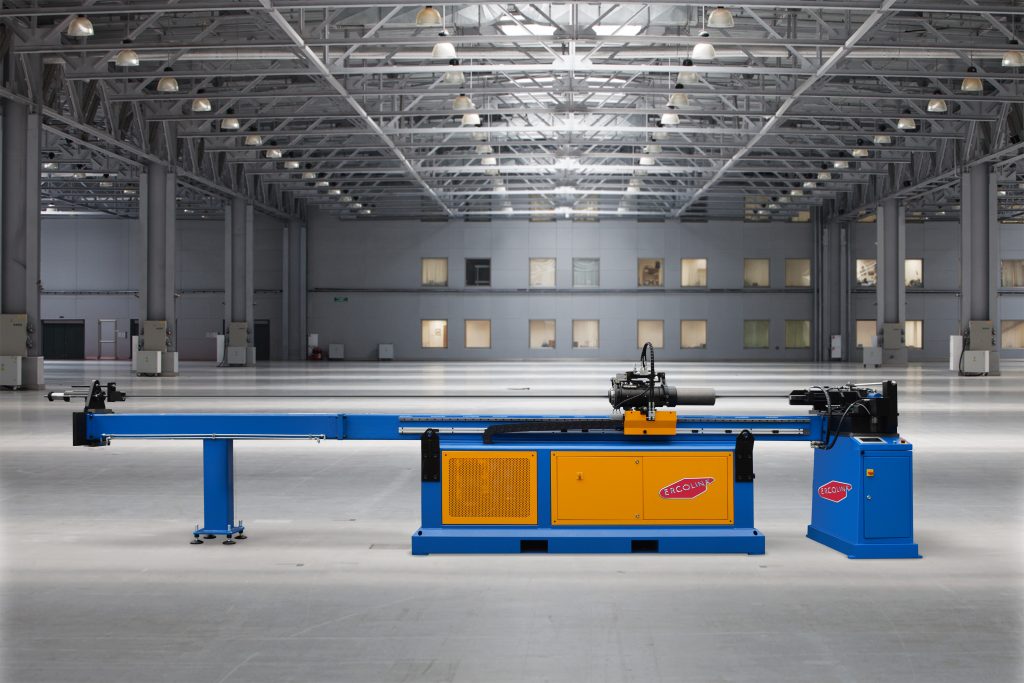 The CNC version and the NC version of the TB80-A are already available!

Call your Ercolina Sales Manager now for more information!
Back to all the News

This website uses cookies to improve your experience while you navigate through the website. Out of these cookies, the cookies that are categorized as necessary are stored on your browser as they are essential for the working of basic functionalities of the website. We also use third-party cookies that help us analyze and understand how you use this website. These cookies will be stored in your browser only with your consent. You also have the option to opt-out of these cookies. But opting out of some of these cookies may have an effect on your browsing experience.
Necessary Always Enabled
Necessary cookies are absolutely essential for the website to function properly. This category only includes cookies that ensures basic functionalities and security features of the website. These cookies do not store any personal information.
Non-necessary
Any cookies that may not be particularly necessary for the website to function and is used specifically to collect user personal data via analytics, ads, other embedded contents are termed as non-necessary cookies. It is mandatory to procure user consent prior to running these cookies on your website.
SAVE & ACCEPT
658210905 Call Ercolina Now